You are here: Home / Society / VIDEO: Colin Kaepernick: Mistakes Made and Lessons Learned 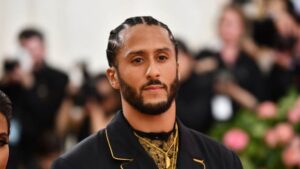 The latest episode in the saga of Colin Kaepernick proves that, if nothing else, he remains a divisive topic of conversation.

When former NFL quarterback Colin Kaepernick took a knee during the national anthem to bring attention to the need for racial equality in America, he probably didn’t anticipate becoming a lightning rod for anti-Americanism and racism, or his unemployment.

Now, after a couple of years, a bogus $89 million NFL commitment to social justice initiatives, and countless debates, we discuss whether there was any merit to his recent failed workout in Georgia, the value of what he did, and where he went wrong. For more content on Colin Kaepernick and the NFL, take a look at previous posts How Fans Have Blackballed Colin Kaepernick and White Guilt: Why Trump is the Perfect Diversion for the Anthem Protests.